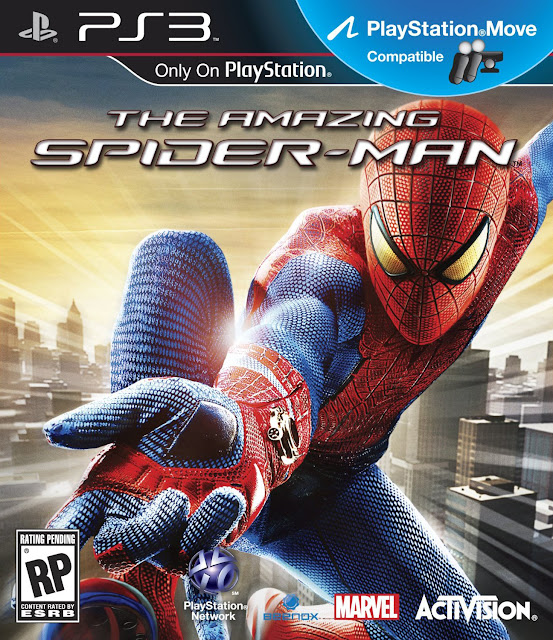 The last few years hasn't been all that kind in regards to Spider-Man video games in fact you can pretty much say the webslingers games have been on a downward spiral since 2004's Spider-Man 2 which is the benchmark for all Spider-Man games. Spider-Man 2 introduced the open world play of New York, anything you can see you could swing to. In addition to that there was a solid story and game play all around. Up next we got Spider-Man 3 which much like its movie counterpart was garbage and a huge fall from the last game. Ultimate Spider-Man made another good showing but after that it all went to hell with Friend or Foe and Web of Shadows. Shattered Dimensions had its moments but that was followed up by the less then stellar Edge of Time.

Of course this is something that will not be remembered even a month from now and all people will remember is the game based on its own merits. So how does it stand up? Well for the first time in years we once again get the open world game play that we loved in Spider-Man 2. New York is your playground and you can go anywhere you see fit. I don't care swinging around New York as Spider-Man is easily one of my favorite game play mechanics of all time. The swing around feels natural and you feel like you are Spider-Man.

The combat system here is pretty much the same as it has been since Spider-Man 2 but if its not broke don't fix it. Sure there are some things that are updated but that's to be expected they are only small updates that make things feel smoother.

I don't care for most of the character designs though, the game makers went for the Spider-Man villains based on animals, ok so that doesn't narrow it down, they went for the villains that are based on and looked more like animals like Rhino, Vermin and Scorpion. The designs were all done in a similar style to that of The Lizard and left a lot to be desired for me.

The costume variety left a little to be desired as well. One of the things I love about the Spider-Man games is the large variety of costumes and Spider-Man has a lot to choose from. This time including the default costume we get 11, though you can make a case of there being only 8 costumes altogether. The default costume is the one we see in the movie with the addition of a belt for some reason, so there is the costume with the belt and without. Another costume is nothing more then a party hat. That's three of your costumes right there. Another costume is the vigilante costume from the movie. The other costumes are for the most part newer ones from the comics.We get the Big Time, Future Foundation, Negative Zone and new Scarlet Spider costumes. The biggest disappointment is the "original costumes." Unfortunately they don't mean the old school red and blue or black costumes but the red and blue and black costumes from the original Spider-Man trilogy. The coolest costume is the Stan Lee skin which at the moment is only available to those who pre-ordered the game from Amazon. These costumes are good and all but what about the original costume or black costume from the comics. What about The Iron Spider, Bombastic Bag Man, 2099, Noir or new Ultimate Spider-Man costumes? Who knows maybe we will get some DLC with them later.

The game isn't about Spider-Man's fashion choices though  its about the game play itself and that is top notch. This is easily the best Spider-Man game since the bench mark of Spider-Man 2. Spider-Man seems to be the exception to the rule of movie games sucking with his movie games being the best games he has to his name. If your a fan of Spider-Man and his games then I highly recommend The Amazing Spider-Man there isn't much out there better. 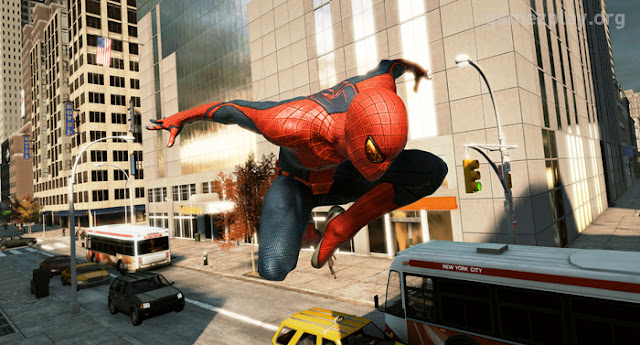