I have always been a comics fan and at a young age I clung to Marvel over DC, sure I enjoyed a lot of what both companies offered but for me Marvel was tops. That said I was never a big fan of The Avengers. Sure I liked a lot of the characters on the team but for some reason it wasn't until the 2005 launch of New Avengers that I was a real Avengers fan with that in mind, which long time Avengers purists should keep in mind, here are my top 10 Avengers.

Sure The Spider Woman that was in The New Avengers for a damn long time turned out to be the imposter Skrull Queen but after she was defeated and The Secret Invasion was ended we got the real Jessica Drew back and now she was in a very interesting situation. She was an Avenger but since she was the person that The Skrull Queen impersonated no one trusted her which made for some very interesting character development.

Not only is The Black Panther the King of Wakanda but he is also one of the greatest Avengers of all time. T'Challa broke down a lot of racial barriers when he joined The Avengers. Not only was he one of the first black super heroes but unlike many of the other black heroes who debuted at the time he was never the victim of blackplotation and always was portrayed as the equal to any of the white characters in the Avengers.

She's a smoking hot red headed Russian super spy who can kill you dead five times before you even hit the ground, what more could you ask for? About about the fact that she can kick the ass of nearly any male hero in the Marvel Universe before they even knew they were under attack? Still not good enough? How about the fact that she has made Iron Man, Daredevil, Hawkeye and Captain America (The Bucky version) among others all her bitch? Yeah Black Widow has skills and shes not afraid to use them. 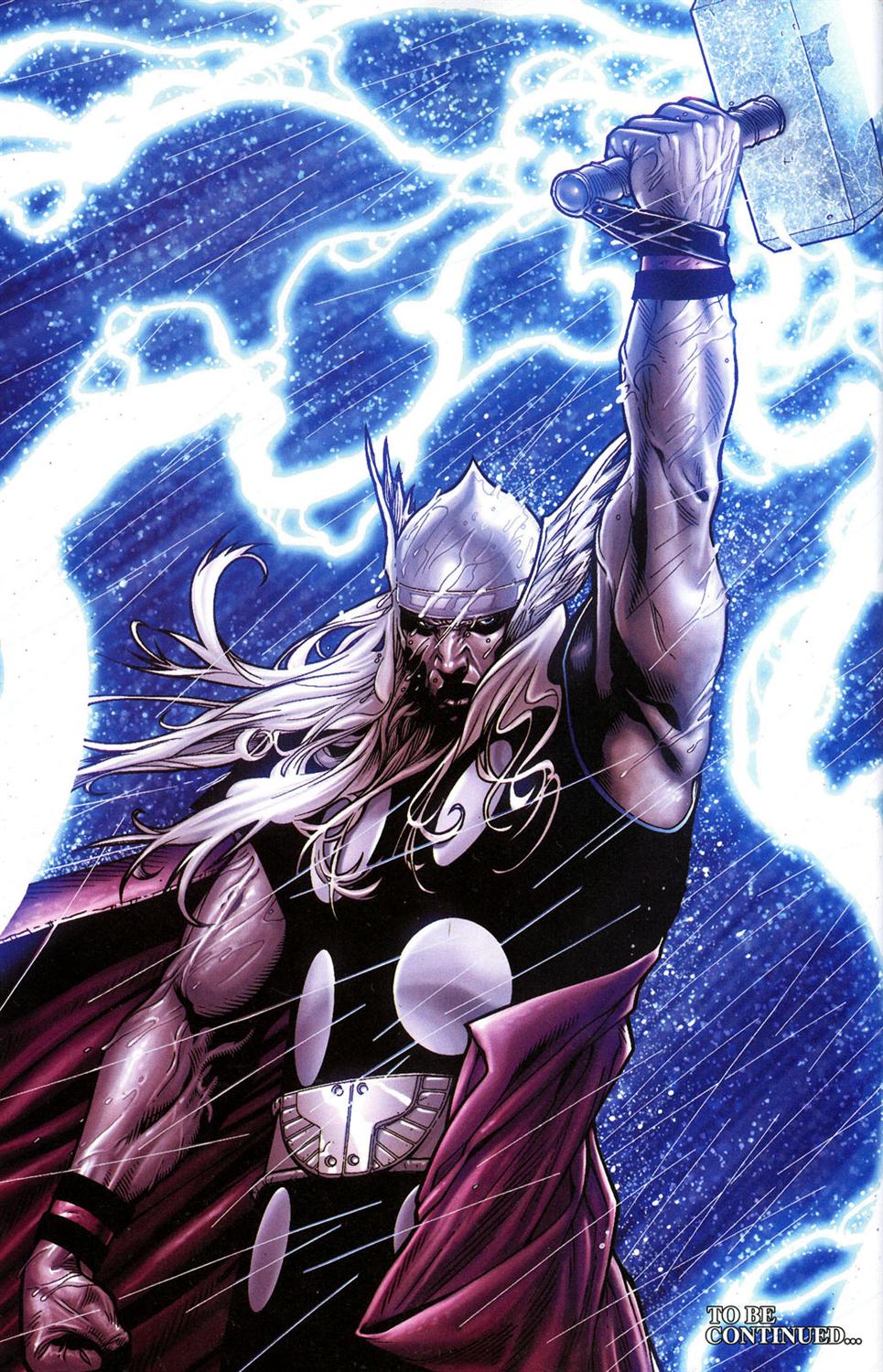 Sure Thor might be one of "the big three" Avengers but he has never appealed to me the way that some other Avengers have. That said when The Avengers need a powerhouse there is no one that's better then The Asgaurdian God of Thunder, Thor.

Sure he has only been an Avenger for a little over five years but if there is any Marvel hero that has lived up to the ideals of what it takes to be an Avenger for the entirety of their existence its good old Peter Parker. Since he has become an Avenger he has spread his ideals of with great power comes great responsibility to his other team mates. He also shows that he lives by this motto more then ever as an Avenger by going up against villains way out of his power range. 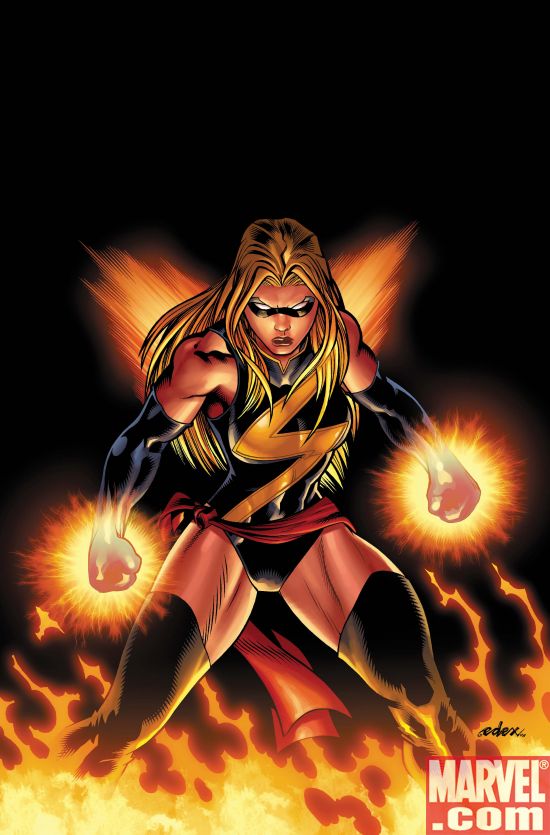 You ask who DCs leading lady is and without doubt the answer is Wonder Woman. You ask who Marvels top female character is and there is no real clear cut answer. Sure Marvel has a lot of strong female characters, The Invisible Woman, Jean Grey, and Storm are all names that might get thrown in the conversation but over the last decade Ms. Marvel name has to be thrown in the hat too. She has really made a name for herself to become one of Marvels top super heroines and if her awesomeness continues then maybe one day she might be to Marvel what Wonder Woman is to DC I mean if nothing else shes got a good name for it. 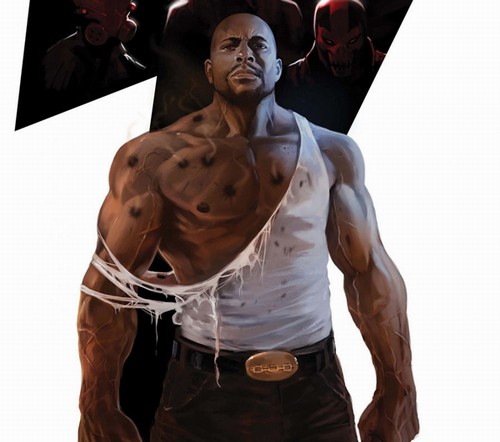 Of all of the New Avengers there isn't a single one of them that has made as big an impact on the team or increased his own worth then Luke Cage. Before joining The Avengers Cage was a gold shirt steel tiara wearing, jive-talking, hero for hire. Since joining the team he has stepped up his game to the point that after Civil War he became the unofficial leader of The New Avengers.

Of all of the original Avengers, Thor, Hulk, Wasp and Ant Man, its Billionaire playboy Tony Stark, A.K.A Iron Man who is my favorite. I have always had a thing for this guy, first off hes a drunk and everyone loves a good drunk every now and again. Also on top of that he doesn't care what you think of him for standing up for what he believes in which is pretty much what cause that whole super hero Civil War thing a few years back. Think hes an ass? He doesn't care and that right there is enough to give this old souse a thumbs up.

You knew Captain America was going to be on this list somewhere it was just a matter of where, turns out hes not at number 1 which itself is a bit surprising even for me. Cap may not of been one of the original members of The Avengers but that doesn't matter at all the only ones who were that made the list were Thor and Iron Man. (which means number one isn't Hulk, Wasp or Ant Man, big surprise right?) Thing is Cap has been a part of pretty much every line up of The Avengers since he was reintroduced in the Marvel Universe in the early days of The Avengers and when hes not a part of the team it just plain feels wrong. 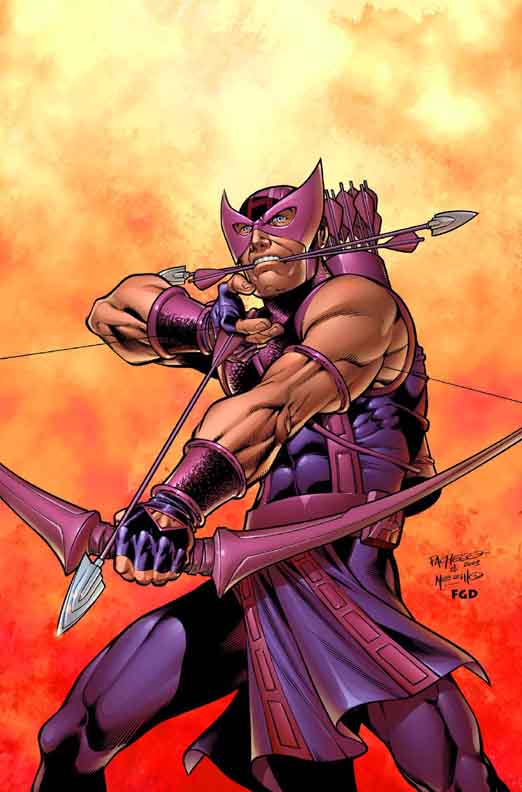 Hawkeye was nothing more then just an ex-con until he was given a chance by The Avengers and he has made more of that second chance then anyone real or fictional has ever made of a second chance. He has come to represent everything that The Avengers represent. Bravery, loyalty, a never surrender attitude and one of the best team players The Avengers has ever seen. Sure he has no super powers but he can shot a arrow better then anyone else and despite being over powered by every villain that ever comes The Avengers way he is always on the front line ready to give everything so we don't have to. Hawkeye is the man and in short, Hawkeye IS The Avengers.
Posted by Theodore Bond