When it comes to Batman there is no doubt that his perhaps greatest female foil, hell why are we playing the sex card here, there is no doubt that his greatest foil may just be Catwoman and as such just like all of his other great foils such as The Joker, we have seen a bunch of of different people take up the cat ears to cause trouble for Caped Crusader. Here is my personal ranking of the greatness of these Catwomen.

I can't say where Ms. Hathaway will land on this list yet since we are all still eagerly awaiting The Dark Knight Rises but I think that in the hands of the very capable Christopher Nolan that she will at the very least not end up at the bottom of the list. If I was to predict where she'll end up on the list, which is exactly what I'm going to do right now, then I would say she'll land right in the middle at #4. So question is who do I think she will be better then, who will she not be better then and yes most importantly where will she actually land on the list after The Dark Knight Rises comes out? Who knows, I guess I'll have to re-visit this blog entry during the summer to say where her official ranking will be. (Find out here in the follow up article) I may not know where Anne Hathaway is going to be on the list but I know that Halle Berry comes in dead last. Why? Any number of reasons, the terrible performance she gives is naturally the main part but the shitty costume (Which some people seem to think is sexy for some reason) and horrendous script don't help her cause either. So congratulations Ms. Berry not only to you continue to unimpress me with everything you do but you are also by FAR the worst Catwoman of all time.

Dushku is low on this list but lets be honest here, she has only been Catwoman briefly in a animated movie that was only a little over a hour long and a short that came with it. What I saw was good but there wasn't a whole lot there to judge maybe if there was more she would be higher but as it stands shes at #8.

Batman: Arkham City was a damn fun game and one of the best parts about it was that you could play as Catwoman. Grey DeLise took on the role of Catwoman in this game and she did a damn fine job of it but much like Dushku there wasn't a whole lot performance wise to put her to high up on the list. That said that main reason she is above Dushku may just be because I had so much fun playing the game instead of DeLise's performance itself. 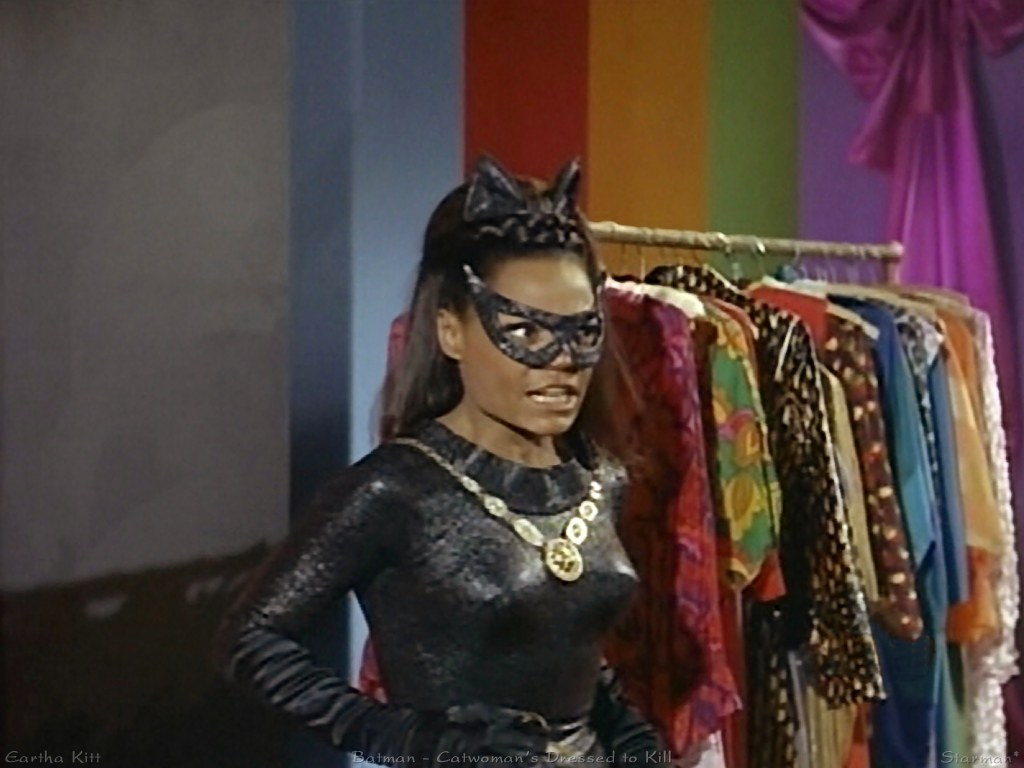 Do I give away much about the rest of this list by saying that Ertha Kitt is my least favorite of the Catwomen from the 1966 Batman series? Na I figure we knew all three of those Catwomen would be on here anyways. As for Ms. Kitt I think she made a pretty good Catwoman and might even of been higher on the list if not for the fact that the other two Catwomen from the 1966 series were so damn good that they kinda left Kitt in their dust. Maybe if Kitt was the sole Catwoman in another Batman show she would be higher on the list but as it stand she just misses out on making the top 5.

Although not the best animated series Batman would have one can't argue that The Batman was a pretty damn solid show and worthy to be in any Bat-fans DVD collection. (note to self, buy The Batman on DVD) Naturally Catwoman has to be a part of any Batman show and it was Gina Gershon who lent her voice to Catwoman this time around and although she was only in five episodes she did a stellar job that left me and many other fans wanting much more Catwoman then what we got in this series. 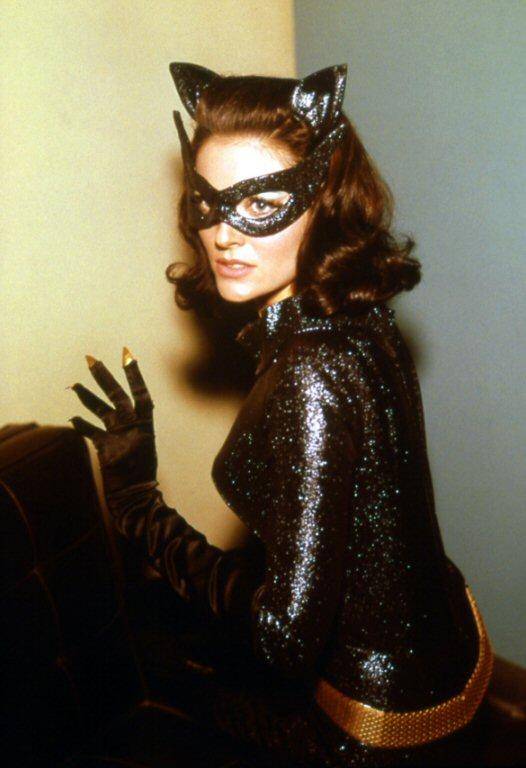 The second of the Catwomen from the Batman 1966 series or more specifically the movie that came from the series. Merriweater was fantastic in the role of Catwoman. It was though this movie and due to that Lee Merriwether that I was introduced to Catwomen in the first place and what a fine introduction it was for that reason and that reason alone Lee Merriwether's Catwoman will always have a happy place in my heart.

Pfeiffer is often times at the top of most Catwoman lists so it might come as shocking that on my list she only reached the lowly number of third place. Don't get me wrong I Pfeiffer oozed pure sex appeal and captured that part of Catwoman better then anyone else ever did. For years I wanted to see Pfeiffer return to the role and finally gave up on that dream when the Catwoman movie was announced and Halle Berry took the role, bla what a huge letdown.

As sexy as Pfeiffer was was as Catwoman I find that Newmar was even sexier. The sexual nature of Catwomen had to be much more subtle in the series for no other reason then the time it was on TV but that was something that worked even better for the character and lets face it we all picked up on it. Newmar's look as Catwoman was also my favorite of any other Catwoman.

Yeah Adrienne Barbeau is the Number one Catwoman on my list even though she never once wore the catsuit on TV. Still Barbeau did more with her voice as Catwoman then anyone else did. The stories involving Catwoman in Batman: The Animated Series were closer to any other depiction of Catwoman in the comics. Barbeau's voice was perfect for Catwoman is was classy, sexy and everything that anyone would ever want Catwoman to be.


So with my opinions on which Catwoman is the best I would like to do something I have never done before and do a dedication. Yup I would like to dedicate this article to the biggest Catwoman fan I know my internet pal Mrs. Nancy Seigh, stay classy lady.

UPDATE: In case you missed it at the top of the article I have now posted my follow up article now that The Dark Knight Rises. You can check out my re-ranking of Catwoman which now Anne Hathaway right here.
Posted by Theodore Bond